← more from
Boogie Angst
Get fresh music recommendations delivered to your inbox every Friday.
We've updated our Terms of Use. You can review the changes here. 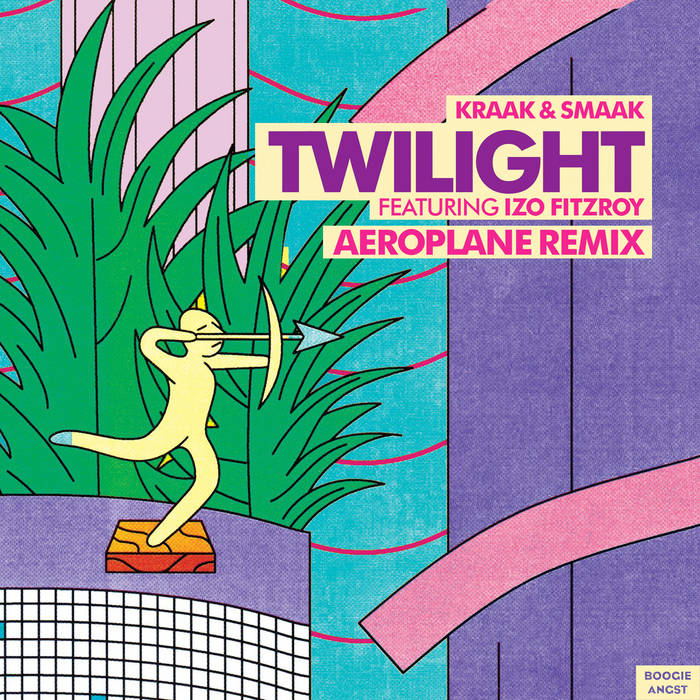 Coming as an appetizer to our forthcoming 27-track double package ‘Pleasure Centre Remixed’ due out March 5, here is Aeroplane’s take on TWILIGHT (ft. Izo FitzRoy). Previously heard on the likes of Eskimo, the Defected Ibiza-derived Glitterbox and Yuksek’s Partyfine, Belgian producer Vito De Luca alias Aeroplane steps in with a smooth-sailing disco cruise of his own trade. Blazing with iridescent synths, fun-loving cowbells and Space Art-esque vocodized hooks, in addition to Izo FitzRoy’s inimitably soulful timbre, the Aeroplane remix ushers us in a buoyant disco whirlpool of sorts. Running the - rainbow-like - gamut from funky bass music to further pumped-up body music, via 200% loungey soul breaks reminiscent of the early Chicago house scene, that is Aeroplane’s one-way ticket to the Twilight zone.

Serving up an eclectic mix of electronic, funk and downbeat music.

Bandcamp Daily  your guide to the world of Bandcamp